Exeter College’s campus on Walton St, Cohen Quadrangle, has been awarded the Royal Institute of British Architects (RIBA) South Building of the Year.

Since it opened in 2017, the Cohen Quadrangle has been at the heart of Exeter College. Fitted with accommodation, spaces for seminars and study, a large auditorium, and a cafeteria, the Quadrangle is a multi-functional space and hub for many Exeter students. Commenting on this prestigious accolade, RIBA praised the Quadrangle for its success in ‘accommodating a very complex brief on a constrained site in a conservation context’, and for doing so with ‘ambition and vigour’.

This prize is one of many that Alison Brooks Architects have been awarded for Cohen Quadrangle, by institutions including The Guardian, The Observer and The Civic Trust. 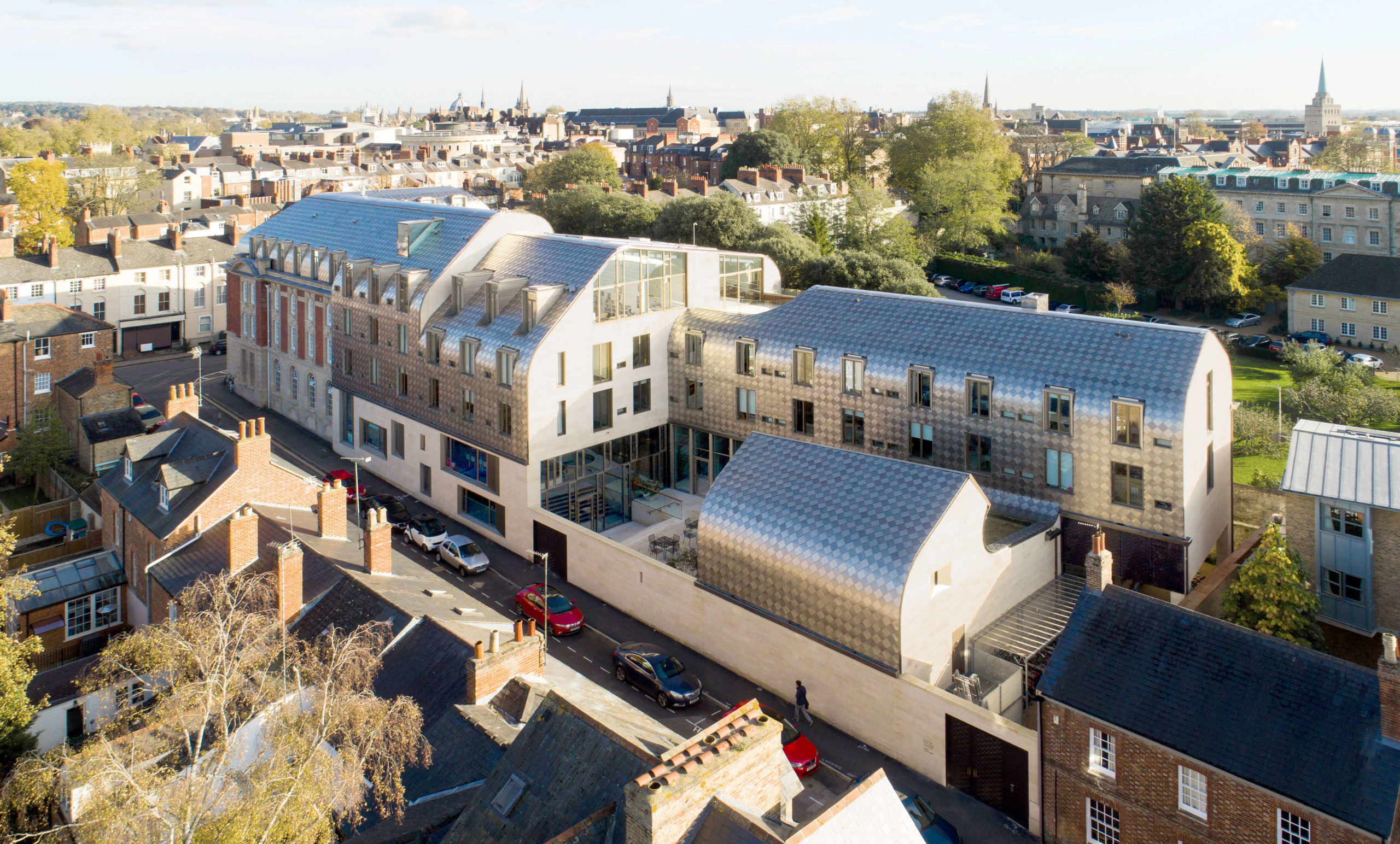