Exeter is Oxford’s fourth oldest college. It has occupied much of its present site since its foundation in 1314.

Its founder, Walter de Stapeldon, was a Devon man who rose from a humble background to become Bishop of Exeter and Treasurer of England under Edward II. He founded the College to provide an educated clergy for his diocese. During its first centuries, Exeter drew its members mainly from Devon and Cornwall. 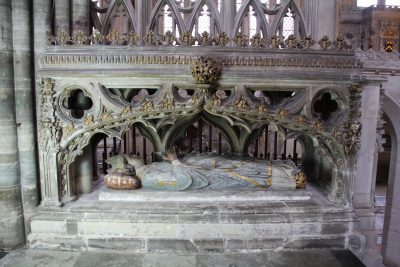 The early College was a small and relatively poor foundation, consisting of a Rector, a Chaplain and 12 or 14 Fellows, all in holy orders. Probably from the late 15th century, the College offered rooms to a few students. All that remains of this medieval college is Palmer’s Tower, named after a 15th-century Rector.

In the next century the College’s fortunes were transformed. This was largely due to the generosity of Sir William Petre, a former undergraduate and, like Stapeldon, a Devonian and one of the leading statesmen of his time. Petre gave the College much new property, widened the area of its recruitment, and revised its constitution.

As a result, in the 17th century Exeter became one of the leading colleges in the University, with a high reputation as a school for academics and learned men. Numbers expanded. The present Hall was built in 1618, together with a matching chapel on the opposite side of the quad. The rest of the front quad was completed between 1672 and 1710. 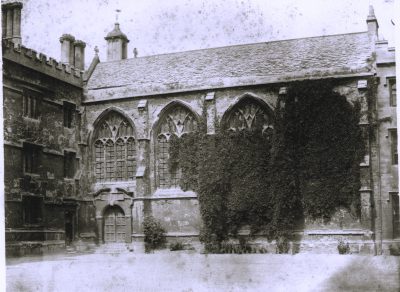 Like other colleges of the University, Exeter went through a decline in the 18th century. Happily this stagnation did not last. After the university reforms of the 1850s, the numbers of undergraduates rose sharply.

The ‘new’ Exeter College Chapel, seen from Trinity College, in the mid-Victorian Era

The Fellows of the College became a professional teaching body and undergraduate life took on its modern outlines. Team sports rose in popularity, the Junior Common Room was founded in 1887, and societies and discussion groups were numerous. 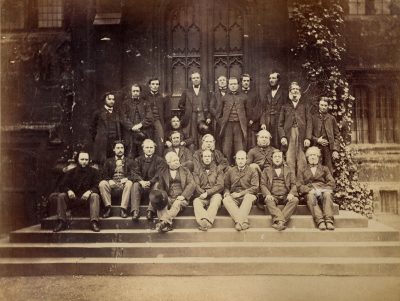 Victorian undergraduates who went on to achieve fame include Sir Charles Lyell, the pioneering geologist, J. A. Froude, the historian, and two of the leading pre-Raphaelites, William Morris and Edward Burne-Jones. Important works by Morris and Burne-Jones are on view in the Morris Room and Chapel. 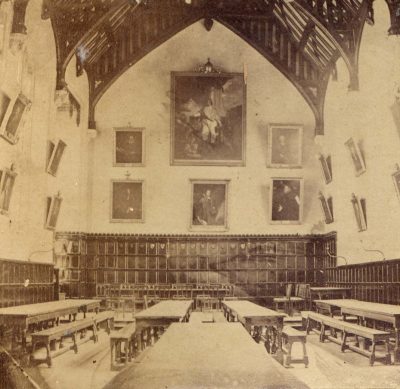 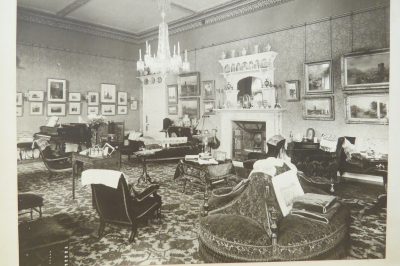 The Rector’s Drawing Room in the 1890s

In the 20th century the College expanded, like the rest of the University. New buildings sprung up to house more undergraduates in College, thanks to the generosity of alumni. In 2017 the College opened a site on Walton Street, Cohen Quad, which provides research and teaching space, an auditorium for concerts, dramatic performances and guest speakers, storage space for the College’s special collections plus a special collections reading room, a cafe, and accommodation for 90 students.

The Governing Body (the Rector and Fellows) has grown from about 12 just after the Second World War to around 50 in recent years. The main teaching Fellows represent all the main arts and science subjects.

Information about the Exeter College Legacies of Slavery Project can be found here.

You can use the below features to control which type of cookie to accept or reject.
Necessary Always Enabled
This is an necessary category.
Performance
Analytics
Preferences
Uncategorized
Advertisement
Save & Accept