Professor Arthur Stockwin (1956, PPE) has recently published The Failure of Political Opposition in Japan. Since attending Exeter, Stockwin has become an authority on Japanese studies. He was a founding director of the Nissan Insittute of Japanese studies at Oxford, which facilitated the introduction of Japanese studies into the University’s core teaching areas. He was awarded an OBE in 2009 for academic excellence and is now an Emeritus Fellow at St Antony’s College.

The Failure of Political Opposition in Japan explores the dominance of the Liberal Democratic Party (LDP) of Japan since 1955. It explores opposition party politics and the crucial need to dismantle single-party dominance to allow for economic, social, and political growth. In its consideration of electoral reform, the book compares Japan to parliamentary democracies like the United Kingdom and Australia. He concludes that political pluralism is required to break apart the post-war LDP monopoly of policy.

Order or learn more about The Failure of Political Opposition in Japan. 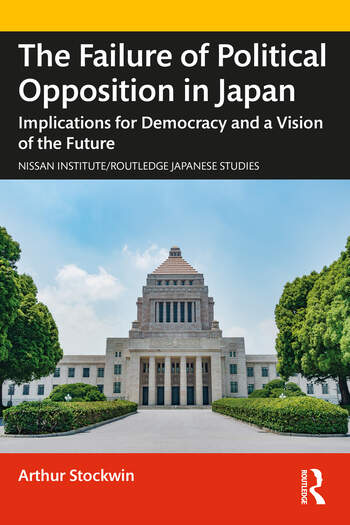