‘A significant contribution to Romano-British archaeology’ (Dr Andrew Gardner, University College London), Dr Reynolds’ study seeks to move beyond a simplistic Roman/native dichotomy to present a more nuanced understanding of the nature and development of rural settlement during the Roman period. By taking advantage of the recent rise of big data approaches, the book provides a detailed exploration of rural settlements, and demonstrates that the Marches were far more diverse and dynamic than previous work has suggested.

After her studies at Exeter College, Dr Reynolds completed a Master’s degree at the University of Nottingham and a PhD at the University of Cardiff, at the School of History, Archaeology and Religion. Her PhD, completed in 2019, focused on the settlements and material culture of Wales and the Marches during the Roman period.

Roman Rural Settlement in Wales and the Marches was published in 2022 by BAR Publishing. 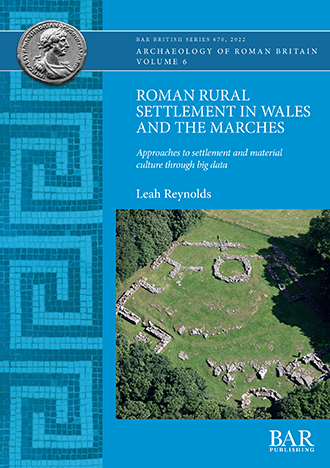