Drowned. Buried by sand. Decimated by plague. Plunged off a cliff. Shadowlands is the forgotten history of Britain’s lost cities, ghost towns and vanished villages: our shadowlands.

In his latest book, Dr Matthew Green (2001, Modern History) examines haunting and romantic remains of Britain’s past. From Dunwich to Suffolk to the lost city of Trellech, Dr Green tells extraordinary stories of places and the people that inhabited them.

Dr Green’s interests lie in uncovering the hidden history of our local environment. After completing a DPhil on Eighteenth Century London, Dr Green began working as a freelance journalist. He has written historical features for the Guardian, the Financial Times and the Telegraph, amongst other publications. In 2012 he founded Unreal City Audio, which produces interactive, critically acclaimed tours of London. Performed by actors and musicians, the tours explore the city through a range of novel lenses. Cult favourites include the Medieval Wine Tour and the Coffeehouse Tour. In 2016, Dr Green published his first book, London: A Travel Guide Through Time, which traces the history of London through six extraordinary periods in history.

Described as ‘poetic history’ by Ian Mortimer and ‘alarming and valuable’ by Claire Tomalin, Shadowlands has been a much-anticipated publication. It was published on 17 March by Faber & Faber and is available for purchase here. 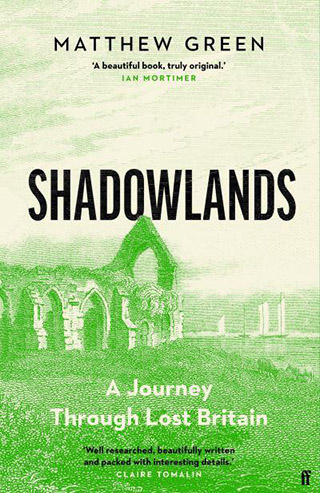