Professor Frank Close, Exeter College Emeritus Fellow in Physics, has recently had his seminal book exploring the work of Peter Higgs named as one of The Guardian’s Best Science Books of 2022. His most recent publication, Elusive: How Peter Higgs Solved the Mystery of Mass (Allen Lane), is a biographical history of the Higgs Boson, the so-called ‘God particle’ – and the man behind its discovery, Nobel Prize winner Peter Higgs. The review states that ‘Close’s book not only tells the story of how Higgs’s idea came about but also the decades-long effort to design, build and execute the vast experiment – the Large Hadron Collider at CERN in Geneva – that eventually found the boson in 2012.’

Described as one of the most important tales in modern physics, Professor Close’s book has a plethora of rave reviews praising his work. David N. Schwartz, author of The Last Man Who Knew Everything, refers to Elusive as ‘both a deep, exciting intellectual history and an elegantly told portrait of a quiet man whose “one great idea” changed modern physics forever. Close marries the exotic details of contemporary particle physics theory with the very human aspects of how that theory came to be. An enlightening read from one of our very best writers and practitioners of physics.’

Another stellar review comes from author of The Founders, Jimmy Soni, who describes the book as ‘a perfect marriage of subject and writer. With verve, insight, and rigor, Frank Close beautifully illuminates the life and times of one of physics’ great, unheralded giants.’

What these reviews make clear is that Professor Close’s triumphant work deserves its spot as one of the best science books of 2022.

Find out more information on Elusive or order a copy. 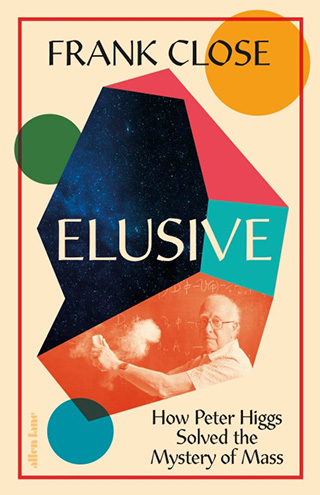