Mark Prins (2009, Williams) has recently published his new novel The Latinist with W. W. Norton. A contemporary reimagining of the Daphne and Apollo myth, The Latinist follows Oxford PhD student Tessa Templeton as she attempts to break free from the disturbing passion of her tutor, the esteemed classics professor Christopher Eccles. It’s a story that explores power, ambition, and the intertwining of love and obsession set within the fictional ‘Westfaling’ College.

Prins graduated from the Williams-Exeter programme in 2009 and described his experience at Oxford (unlike his protagonist’s) as ‘overwhelmingly positive’: ‘Being at Exeter was a formative, life-changing experience which shaped me and the way I view literature. As a writer, I couldn’t have hoped for a better setting than Oxford to depict two characters so deeply invested in Latin poetry. Even though Westfaling isn’t a carbon copy of Exeter itself, I was driven by the pleasure of moving around the College again in my mind and trying to capture some of the rhythm and magic of the landscape.’

As well as his time at Exeter, Prins was inspired by his lasting love of classic literature, commenting: ‘works like Ovid’s Metamorphoses draw from a Greco-Roman tradition that is at the heart of so much of our culture today, in subtle but profound ways. I’ve always treasured the way literature enables strangers to connect across time and space, and I felt from an early stage that writing about classicists would allow me to explore and celebrate this phenomenon.’

The Latinist has been met with wide acclaim, with the Boston Globe referring to the novel as ’a contemporary classic’ and The Washington Post calling it ‘an inventive wedding of the elegant and the barbaric.’

After graduating from Williams, Prins attended the prestigious Iowa Writers Workshop and now lives in Brooklyn, New York. He has also received fellowships from the Truman Capote Trust, the Bread Loaf Writers’ Conference, and the Sun Valley Writer’s Conference.

The Latinist is available to purchase on the W. W. Norton website. 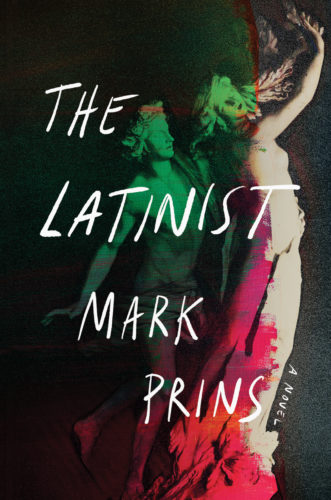