Huge well done to Exeter College Boat Club on day one of Summer Eights yesterday! In spite of the overcast sky and last-minute substitutions, all our crews performed admirably on the Isis. The Men’s third boat, the ‘pirate boat’, was stacked with alumni and first-time rowers, and was sadly bumped by St Hugh’s. ECBC had high hopes for the Women’s second boat, but after a tough struggle they were caught by Christ Church and were the second boat of Exeter to be bumped.

We have high hopes for the next few days, so stay tuned and come down to Boathouse Island to see Exeter get the bumps we so sorely deserve! Well done to all the crews, you’re doing Exeter proud! 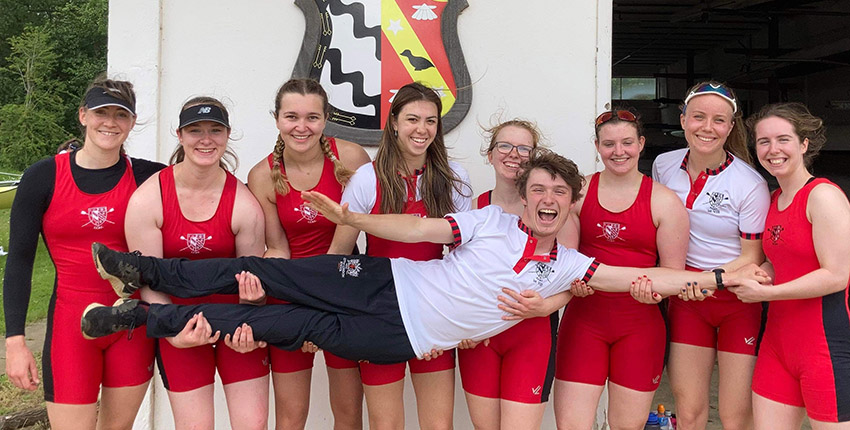