Earlier this year, ten Exeter students, including myself, were cheerfully greeted by a small bus bearing a purple and yellow ‘W’ flag outside Boston Logan Airport. We’d all been accepted into and granted scholarships for Exeter-Williams 2022, an 11-day programme during which we would attend Winter Study courses and experience student life at Williams College, a top liberal arts college in Williamstown, Massachusetts.

The other nine Exonians that travelled with me, whose subjects ranged from Medicine to Economics and Management, took a variety of courses at Williams College, including those on Adam Smith, fundraising and the mathematics of Lego.

As an English finalist specialising in medieval literature, I chose to join a history Winter Study course, ‘Fresh Purpose for Old Paper,’ on the curation of special collections. By taking this history course, I got to explore and expand on my interests (manuscripts, book history and conservation) related to my Oxford English degree but not quite covered by it. The course involved lectures and talks on archives and book conservation, as well as exciting field trips to the Williams College Library Shelving Facility and the Chapin Library’s special collections. One of the field trips was in fact almost cancelled, due to the heavy New England snow – fortunately, a few students brought their own cars (a relatively common practice in Williamstown, where things are slightly further away from each other than on Turl Street), scraped the frost off their car windscreens and safely carpooled the class to our destination, to my Oxford pedestrian fascination.

Besides snow and cars, a great deal of other cultural education and the Williams experience was provided to us by both Williams College and our ‘buddies’: Williams students who had been to Oxford last year as visiting Williams at Exeter Programme in Oxford (WEPO) students. A couple of them took us to see an ice hockey game, which many of us had never watched before; Tina, the Study Away Director at Williams, gave us a short campus tour and later drove us to MASS MoCA (Massachusetts Museum of Contemporary Art) in nearby North Adams. In addition to the enchanting exhibitions at MASS MoCA, I especially enjoyed visiting the Clark Art Institute, where I got to see Impressionist paintings as well as works by American greats, such as Winslow Homer and John Singer Sargent. I later learned about the gallery’s fascinating history from one of our knowledgeable Williams ‘buddies’: the Clark collection’s rural Massachusetts location near Williamstown had been chosen due to the collector’s concerns regarding nuclear armaments during the Cold War.

The best thing about the Exeter-Williams trip was definitely the balanced mix of the academic Winter Study experience, which allowed me to study topics beyond Oxford’s curriculum, and the adventures and cultural exploration – I learned a lot, had a great deal of fun and, most importantly, felt warmly welcomed by and incorporated into the Williams community. Generously fully funded by Williams and Exeter colleges, the trip was an invaluable opportunity to study and live for a short time in a top American Higher Education institution, and I am grateful and glad to have been part of it. 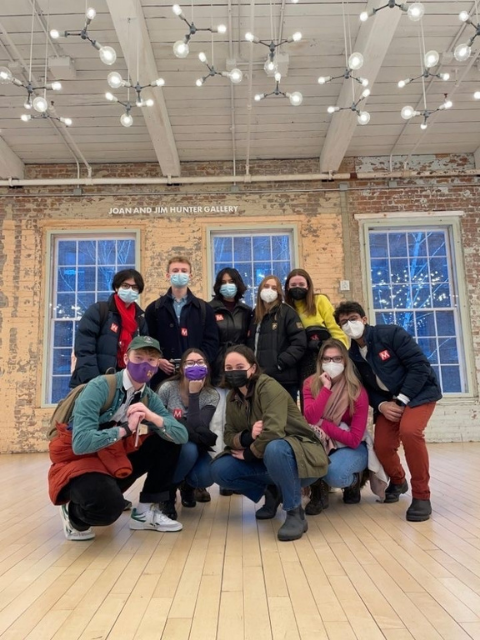 Day trip to a nearby museum, the Massachusetts Museum of Contemporary Art 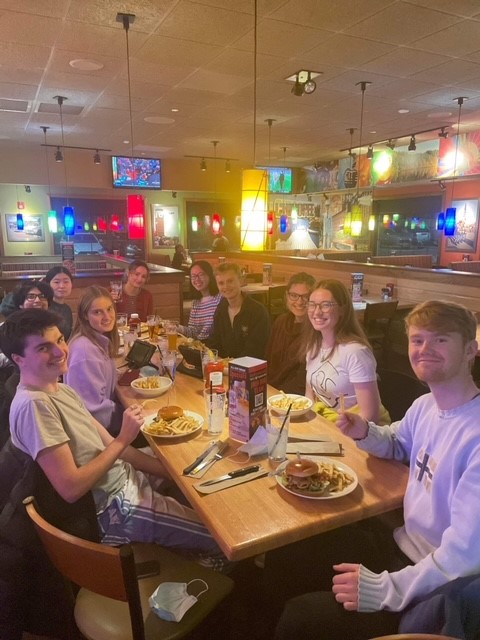 Dinner stop at Applebee’s on the first night 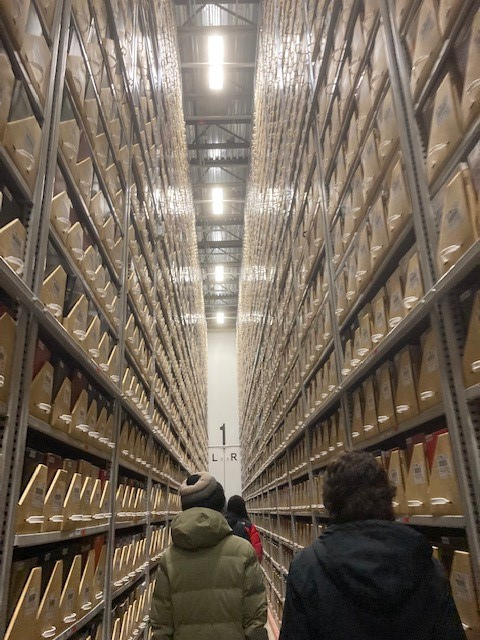 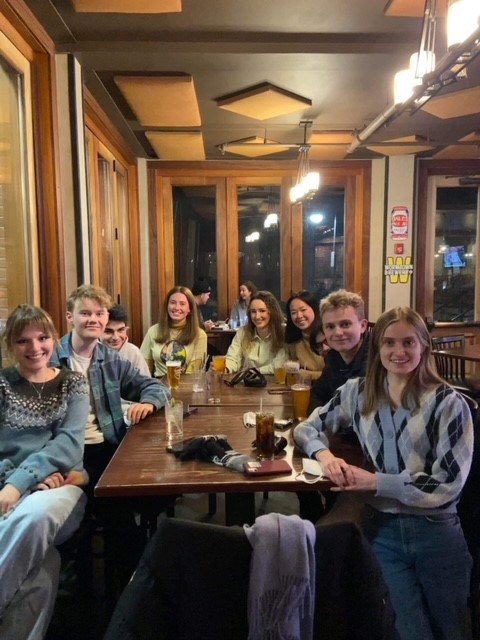 Students at the local purple pub