Exeter students performed an interpretation of the famous Greek tragedy Medea to great success at this year's Drama Cuppers. Jasmine Kaur (2021, History and Modern Languages) was awarded the runner-up prize for Best Director, and Jade Khan (2019, Literae Humaniores) received the runner-up prize for Best Actor in a Leading Role. Rosa Chalfen (2019, English) spoke to Jade to learn more about the performance.

Cuppers is the highlight of Michaelmas Term for drama-loving freshers at Oxford. This annual intercollegiate drama competition gives freshers the opportunity to put on a 30-minute play in the Burton Taylor Studio. Adapting a 20-minute, modern and abridged version of Euripides’ Medea was no small task. With only a few days to produce a script and just a week to rehearse, it was certainly a challenge that we all enjoyed.

Our focus was to produce a short but impactful piece that conveyed all of the drama and intensity of the original whilst still being modern enough to translate to a contemporary audience. As such, the setting shifted from ancient Corinth to present-day England. The characters transformed from the mythical hero Jason cheating on his wife, the sorceress Medea, with the king’s daughter, to ordinary men and women caught up in an affair.

Medea, suffering from what appears to be extreme depression following the birth of her second child, is unaware that this has turned her husband to infidelity as he has been sleeping with a much younger woman. The central focus of our play was thus the complexities of this fiery breakdown of their relationship, and we aimed to explore the rationality behind their heightened feelings of anger, betrayal, jealousy and despair.

The key themes of our production were the treatment of women, motherhood and mental illness; we hoped that through Medea’s externalised inner musings and others’ reactions to them, we could present different aspects of these nuanced topics from multiple perspectives. Throughout, Medea professes her thoughts and feelings both to other characters, such as her husband or a therapist, but also to an audience of a Greek chorus, who watch her from the background and question her motives. By the climactic scene in which her grief and fury drive her to kill her own children in order to exact revenge on her husband, the chorus directly appeals to Medea, representing her own internal desire for restraint as well as the audience. Unfortunately, as in the original tragedy, Medea is past the point of persuasion and commits the terrible act nonetheless.

The production was a collaborative effort in which we all worked together to create one vision. We hoped to create a piece of theatre that would entertain and engage our viewers. Speaking to audience members, it seems we achieved this. That is, after all, the very heart of Cuppers – for the audience, cast and crew to all enjoy themselves and have fun! 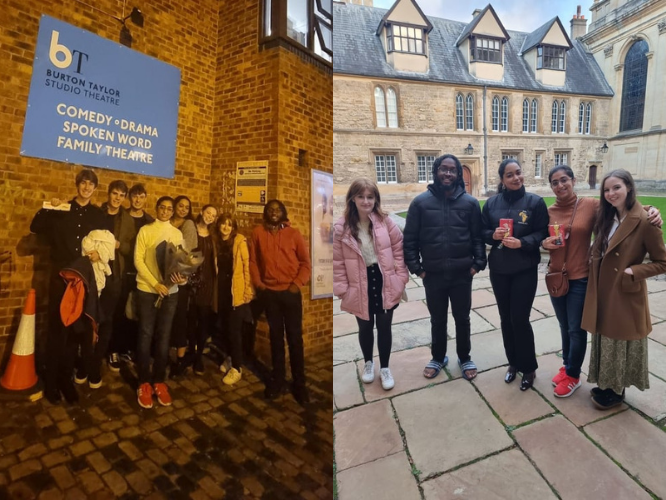 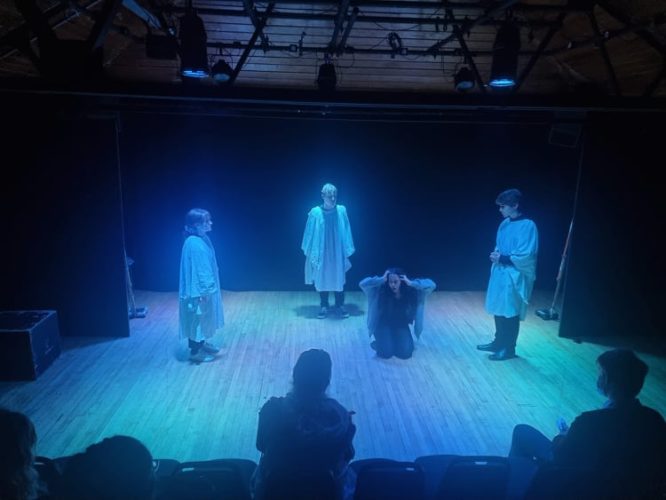 Performing at the Burton Taylor Studio 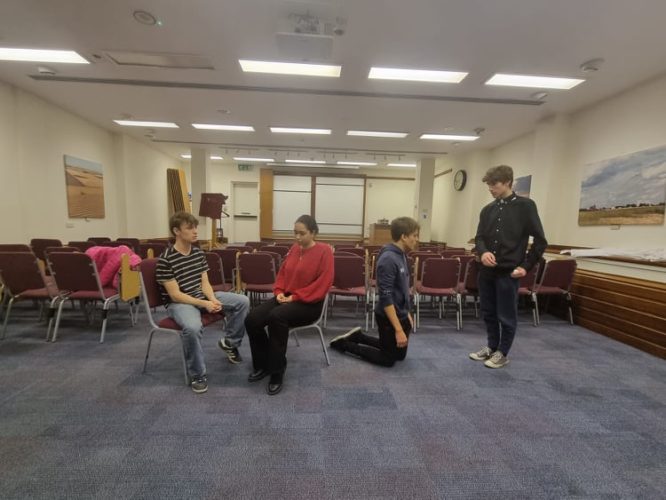 Students had only a week to rehearse