Since the conclusion of Trinity Term 2022, work to transform the Exeter College Library into a modern and accessible study space has been progressing steadily. The Library renovation project has always held preserving the College’s extensive history as a central priority. While this goal largely manifests in maintaining and restoring the Library’s neo-Gothic exterior and interior features, it also means that construction only occurs after thorough examination of the premises for anything of historical significance and potential archaeological investigation.

George Gilbert Scott built the College Library in 1857, immediately adjacent to Convocation House, a 17th century wing of the Bodleian Library and Divinity School. Perhaps the most interesting historical discovery to date is a centuries-old well hidden beneath the ground floor of the Library’s annexe and Convocation House. Stonework has also been uncovered beneath the annexe. Both discoveries will be examined by archaeologists to consider their historic significance. Other discoveries embedded within the Library included several inscriptions. J. Lapworth, a carpenter who worked on the original construction of the Library, engraved his name and the year 1857 into the wooden beams of the building. Furthermore, a set of inscriptions by glaziers, dating from 1856, were found on windows in the Library’s annexe. 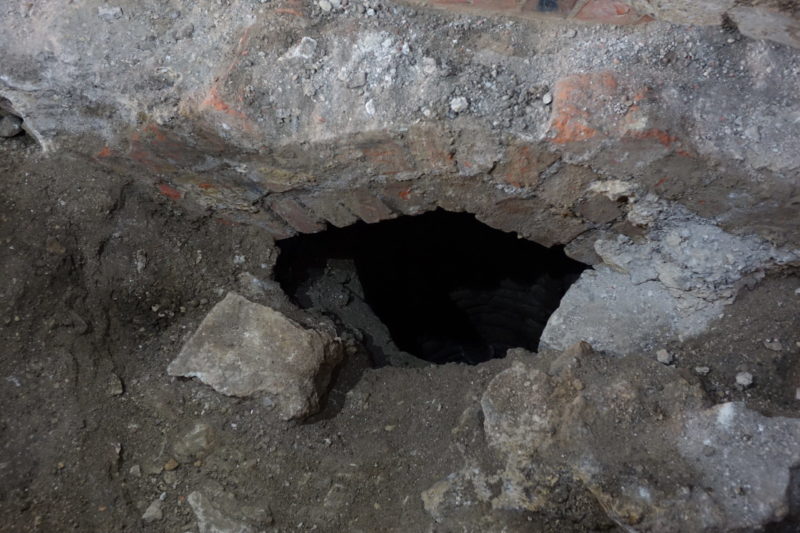 A well found in the foundation of the Library. 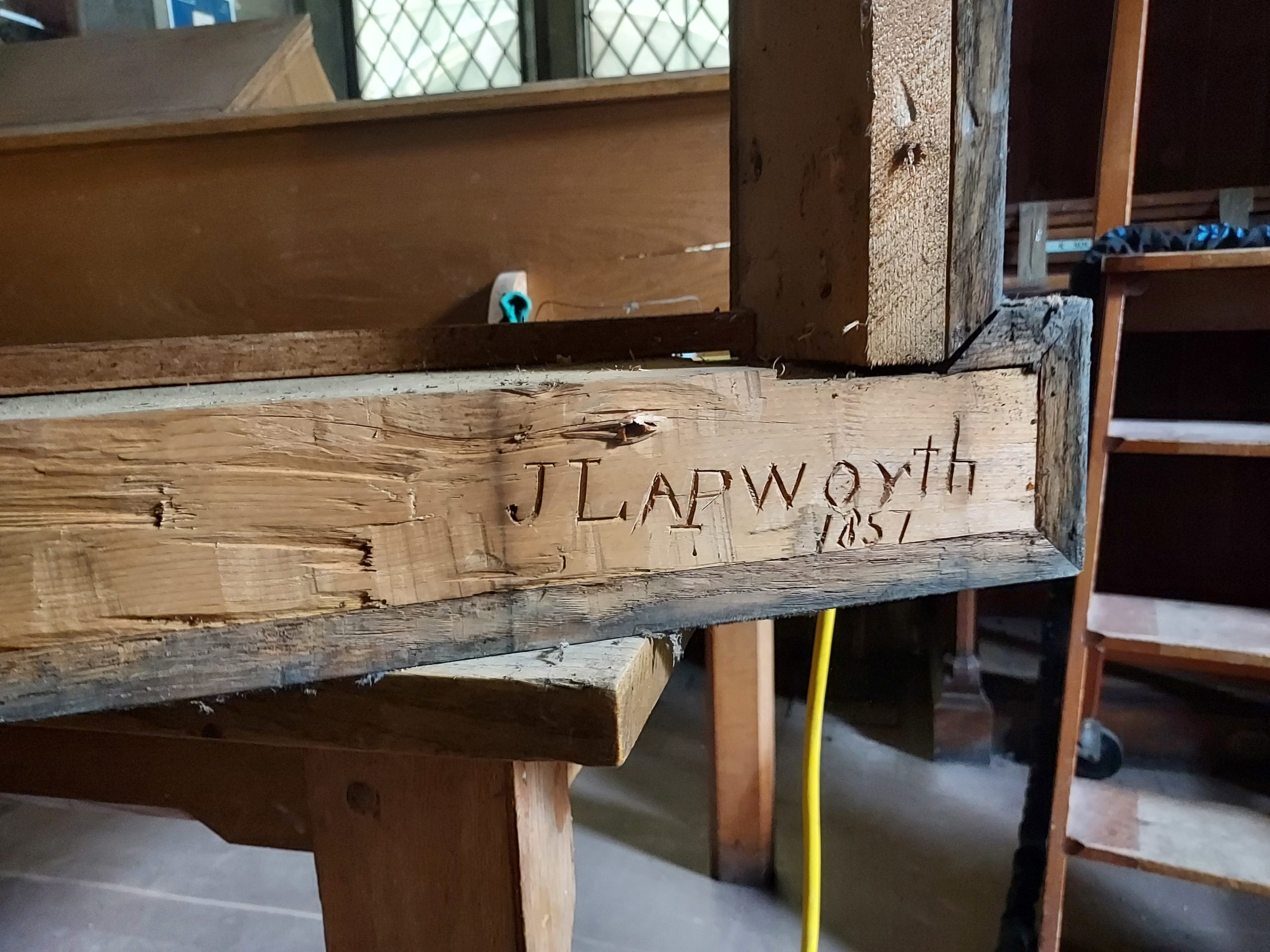 An inscription made by J. Lapworth, a carpenter who worked on the original construction of the Library. 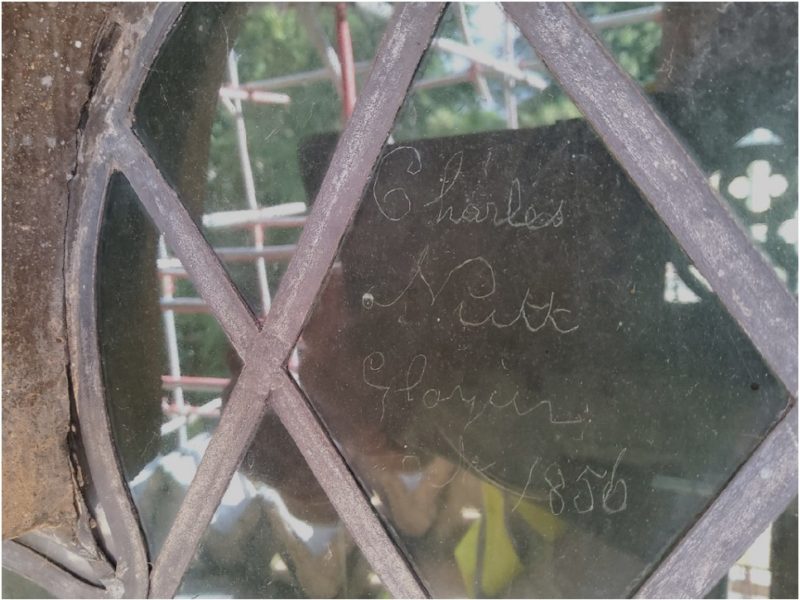 Inscription made by original glaziers in the College Library’s annexe window.

Beyond findings in the structure itself, several artefacts from diverse time periods have been found within the Library. Among them was an intact 19th century smoking pipe. Though such pipes are not rare items, finding a pipe completely intact is exceptional. Another Victorian find is a barber’s neck brush—why it was in the Library is unknown. In addition, five paper aeroplanes have been recovered from the ceiling. Though they are all undated, one was built out of a page of a Meteorology text detailing data from ‘Soviet and non-Soviet studies.’ 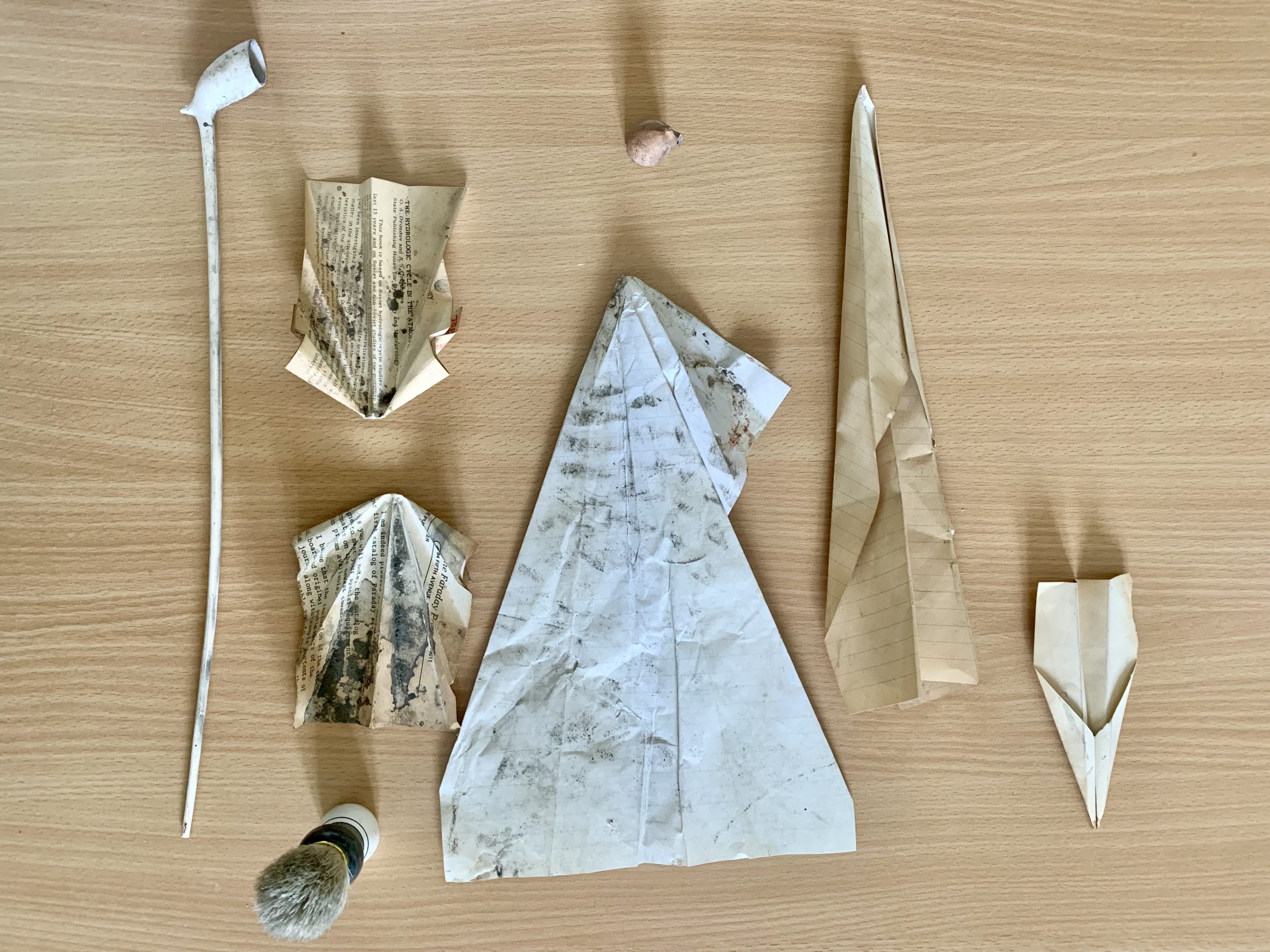 Artefacts found in the Library.

Currently, the interior of the Library has been stripped down, and builders are working to clean and repair the building’s stone and woodwork before they begin installing new features, such as a new lift. As the restoration of the Library proceeds, historical discoveries remind us of our responsibility to preserve and improve the space so that all present and future students may enjoy it fully.