Exeter College welcomed stand-up comedian Jacob Hawley to the stage in Cohen Quad last Thursday, captivating the packed Fitzhugh Auditorium with his hilarious special Class Act. Hosted by Jenni Lynam and Pat James, Exeter’s current JCR Class Officers and organisers of Exeter Class-Act, the event was open to all members of the JCR.

Jacob Hawley is a stand-up comedian living in Islington, holding all the bells and whistles of a middle-class life, including, as he jokes, an almost convincing concern for climate change. But it’s his working-class upbringing in Stevenage and his awareness of class that makes Hawley a hilariously astute comedian – and the perfect person to have for a comedy night with Exeter Class-Act.

Hawley’s incredible hold on the audience jumped from hilarious anecdote to sharp indictment of class disparities and mistreatment, pointing out the realities of a working-class life experience through stand-up. He talked about everything from the dismissal of working-class mental health problems to the price of Aesop Soap in a private members’ club. What’s more, he is not afraid to acknowledge the awkwardness of the subject matter either, relishing an open discussion about class to bring it into the light. His shrewd humour can be the lynchpin in kick-starting conversations on class, welfare, and disparities in support, breaking the ice to really engage with an open dialogue about class at university.

A huge thank you to Jenni Lynam and Pat James, our Class Officers, as well as of course to the fantastic Jacob Hawley. Thank you to everyone who came to watch! 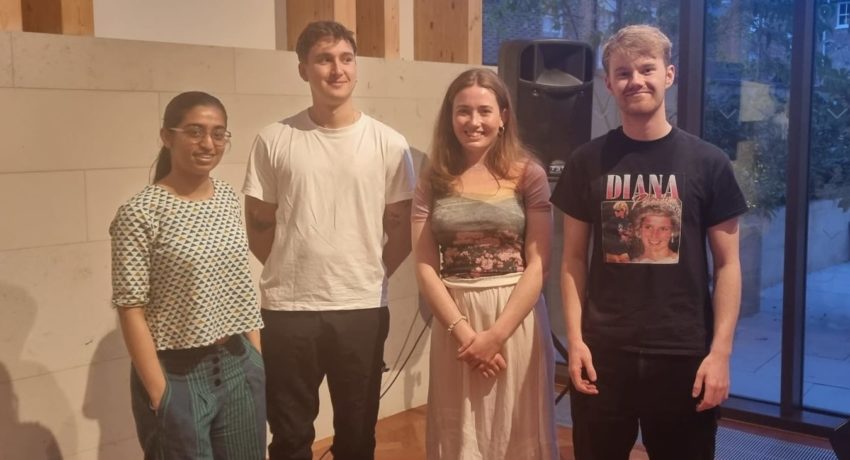