Exeter student Josh Fallows (2020, Earth Sciences) was crowned the winner of the 94th President’s Putter following the annual meeting in January of the Oxford and Cambridge Golfing Society at Rye Golf Club in East Sussex.

Josh went undefeated through eight rounds of matches, beating the defending champion Bruce Fitzpatrick (St Anthony’s College, Oxford) in the final on the 17th Hole, after holing several crucial putts on the back nine to emerge victorious.

This was his first appearance at the competition, having just earned his Blue last July at Aldeburgh Golf Club.

Josh impressed all generations of Society members with his ball-striking, tenacious grit and calm demeanour from the very first day, making quick work of his first two opponents in just 12 holes apiece. Rye served up its usual concoction of challenges, with thick rough, gorse, rain, frost and high winds, and Josh’s route to the final saw him defeat three past champions in the last three rounds.

The quality of Josh’s golf and the gentlemanly manner with which he conducted himself all week, navigating a field of 144 golfing Blues from Oxford and Cambridge, has already been etched into the records of the world’s oldest golfing society.

His name now sits beside legendary golfing names such as Bernard Darwin, Donald Steel and Ted Dexter; not to mention his winning ball, which already takes its place alongside those who came before him, hanging beneath a hickory putter made for the Society by Open champion Willie Park Snr in a display cabinet on the hallowed walls of Rye Golf Club.

I felt very privileged to witness it all unfold and to be one of the first to shake his hand on a job exceedingly well done. No doubt he will mount a worthy defence of his title come next January, just as he will do Exeter and Oxford proud in the upcoming Varsity Match at Formby Golf Club in March. 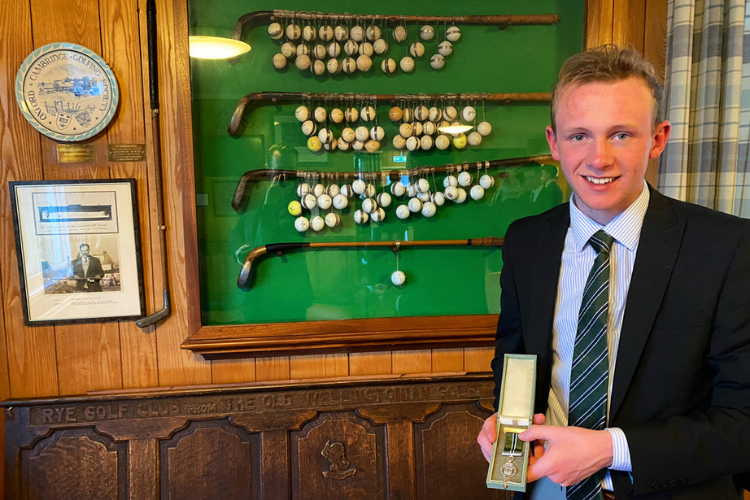 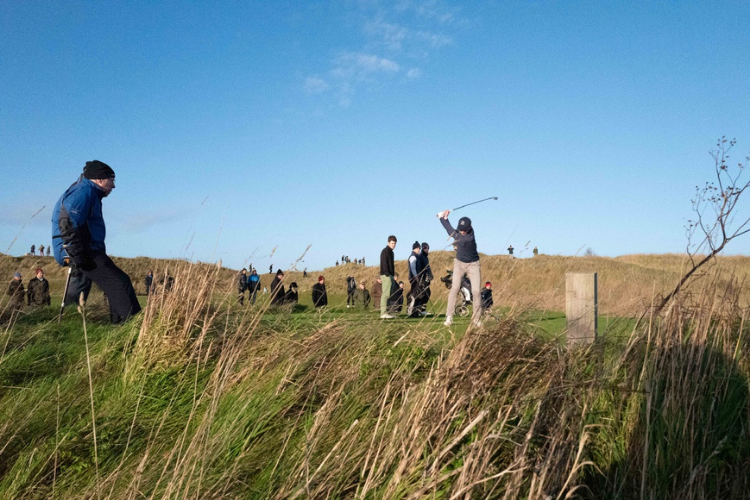 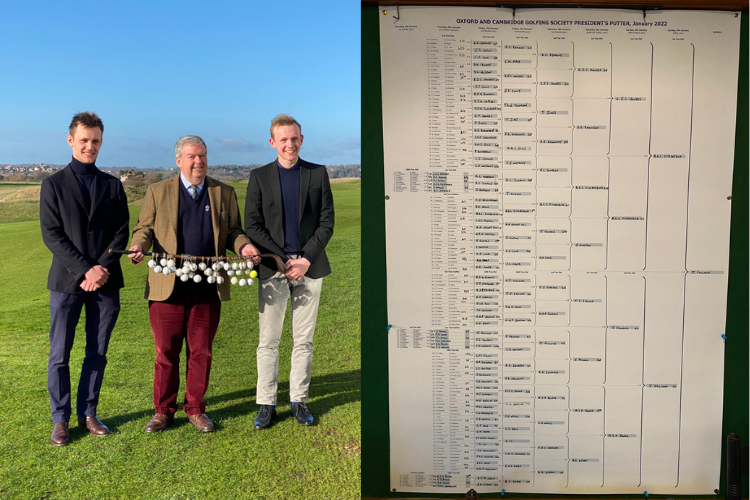 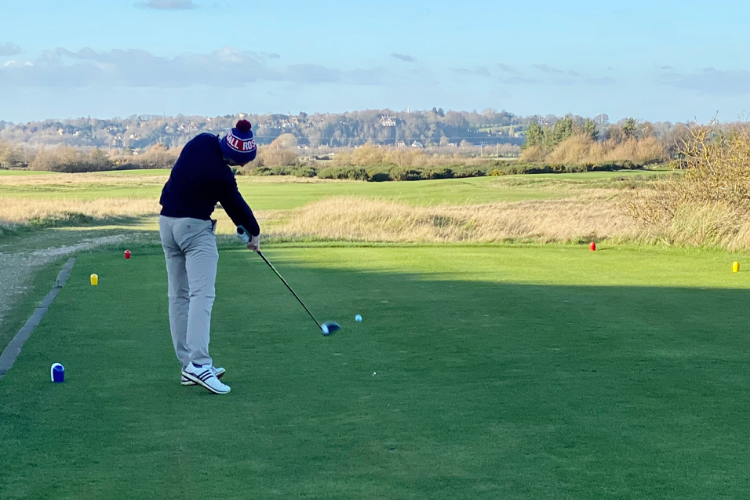