Law/Law with Law Studies in Europe

Law and order exist for the purpose of establishing justice and when they fail in this purpose they become the dangerously structured dams that block the flow of social progress.

Average number of places available each year at Exeter College: 6.

Overview of the undergraduate courses available and admissions requirements

Why study Law at Exeter?

Exeter has a large community of lawyers, of both current students and alumni together. There are two permanent Law Fellows who are responsible for teaching undergraduates in regular tutorials and arranging specialised tutorials outside College where required.

A mere ten minute walk from the Law Faculty and the Bodleian Law Library, the College is well-placed in the centre of Oxford, making resources easily available to all its law students. In addition, Exeter’s library – which is open 24 hours a day – is fully resourced for both undergraduate and postgraduate law students with all current texts and access to online journals available. All law freshers are given book tokens to help cover the cost of any books required by the course.

There is an active student-run Law Society (the John Fortescue Society) for Exeter students which regularly arranges events, seminars, and dinners, hosted and funded by eminent law firms in the City. The annual John Fortescue Society Dinner provides an opportunity for alumni who read or practice law to return to College and meet current students. The society also arranges less formal occasions for alumni and current students to get together.

Our students have a great record in mooting.  In 2014 Sophie Scholl (2012, Jurisprudence) was part of the Oxford University team which won the UK National Championship of the Jessup International Law Moot Court Competition. They went on to compete in the International Version of the competition in Washington USA.

Exeter’s law-alumni community is strongly engaged with the College and several alumni offer work experience including opportunities as diverse as the Hong Kong High Court and the Woolwich High Court as well as several individual barristers.

I’ve had a brilliant time studying law at Exeter so far. The tutors are both outstanding in their teaching and really care for the welfare of the students, which makes them for conversation at the annual dinners! The student community is big enough to make it diverse but small enough to ensure everyone over the three years knows each other, and there’s a great inter-year relationship both socially and in helping each other with work.

Students who study Jurisprudence at Exeter go on to study in all areas of the legal sector. Recent graduates have undertaken training contracts and then continued at Slaughter & May, Hogan Lovells International, Baker & McKenzie, Herbert Smith Freehills, Clifford Chance, Pinset Masons, Freshfields, Ashurst, Travers Smith, Linklaters, and Allen & Overy, others have been called to the Bar and are now at Two Temple Gardens, 18 Red Lion Court, 39 Essex Street, Monckton Chambers, One Essex Court, Littleton Chambers and 1 Chancery Lane.

Profile of a former student 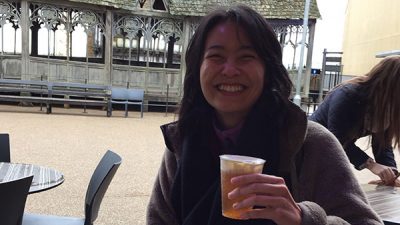 Min Lim read Jurisprudence at Exeter from 1991–1994. She started off as a lawyer in private practice, doing commercial litigation. She then left practice to become a magistrate, hearing civil matters for a year, before transferring to the family and juvenile court, where she was subsequently appointed a district judge. After some years she took a sabbatical and worked as a policy officer for the Ministry of Social Development (MSF) (formerly known as the Ministry of Community Development Youth and Sports), in Singapore, designing schemes to help low income families. She then joined the Legal Aid Bureau, where she provided legal services for the less privileged. Her next stop was back to the MSF, as their legal counsel. She is currently with the Legal Aid Bureau again, as Director this time.

We have over 900 alumni who either read Jurisprudence or Law at Exeter or who are currently practising in the legal sector, all over the world. Notable alumni include: 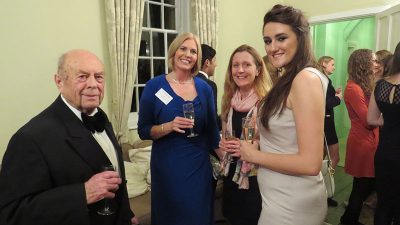 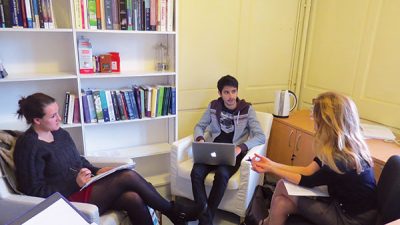