As the sunset on Antigua on Friday the 22nd of January, Lebby Eyres and her three teammates landed after 40 days at sea. The Talisker Whisky Atlantic Challenge is a 3,000-mile annual race across the Atlantic. Lebby’s team, The Mothership, named after its crew of four working mums, was one of 36 crews to participate in this year’s immense challenge.

Lebby studied Literae Humaniores at Exeter College and rowed for the Oxford University Women’s Boat Club. In 1993 she raced the Boat Race in Osiris, and in 1994 she stroked the Blue Boat. She then represented England in the Home Countries regatta in 1995 and began pursuing her career in journalism. In 2019, a columnist for new! magazine and contributor to papers including the Daily Express and The Guardian, Lebby returned to rowing after a 24-year hiatus. She was rowing at Lea Rowing Club when she was offered the chance to row across the Atlantic.

‘The straightforward answer is that the opportunity came around by chance, and I felt I would regret it forever if I turned it down’, Lebby reported in the Guardian. ‘The Mothership had a late drop out at the end of June, and my friend Jo, who I’d rowed with at Oxford University, felt I would be a great fit for the crew.’ Having previously met Debra Searle, who completed the crossing in 2001, and Kelda Wood, the first disabled woman to row across the Atlantic solo, Lebby felt inspired to accept the challenge.

Lebby describes the mixture of excitement and fear she felt as she left her home in early December, knowing that she would not see her husband, Fred, or her two children, Inès and Vincent, for two months. After two final weeks of training, The Mothership set off from La Gomera in the Canary Islands on the 12th of December.

Over the 40 days that followed, the crew alternated in pairs between two hours of rowing and two hours of rest. The rest periods included the time it took to wash the salt off their bodies and eat – no easy feat, given the 4-5,000 calories of freeze-dried food that they each had to consume daily. Speaking to Radio 5 Live’s Naga Munchetty after completing the race, Lebby recalled how strong she felt rowing: it was only when she was diagnosed with shingles 32 days into the row that she realised the extent to which the exertion was taking a toll on her body.

As they rowed into Antigua, lighting flares to mark their arrival, the crew were greeted by their partners and children, all immensely proud of their achievement. ‘Rowing across the Atlantic has been an unforgettable experience’, says Lebby. ‘We have battled huge waves, been attacked by flying fish and come close to capsizing. But we faced everything with good humour and determination and loved nearly every minute, settling in well to life on the ocean. We are so proud to have raised nearly £60k and counting.’

The Mothership’s Atlantic crossing is in support of three charities: The Felix Fund, which helps bomb disposal personnel and their families who have suffered as a result of the work they do; Women in Sport, which aims to give every woman and girl in the UK the opportunity to experience the transformational rewards of sport; and Noah’s Ark Children’s Hospice, which helps seriously unwell children and their families make the most of the special time they have together.

Find out more about these causes and support them and The Mothership’s incredible effort here. 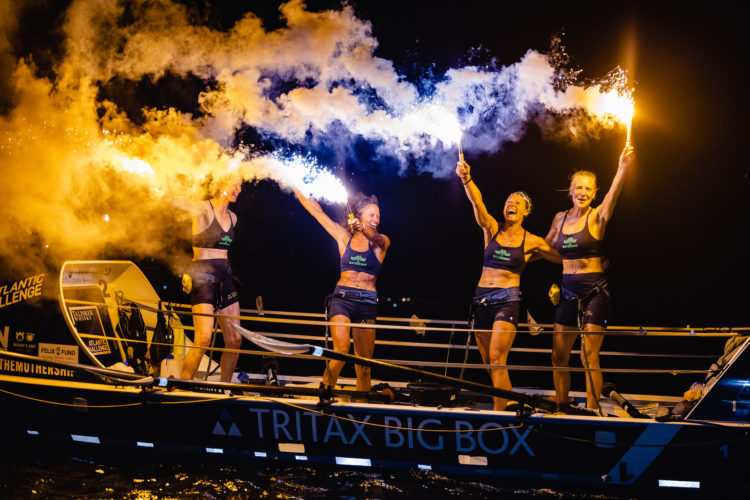 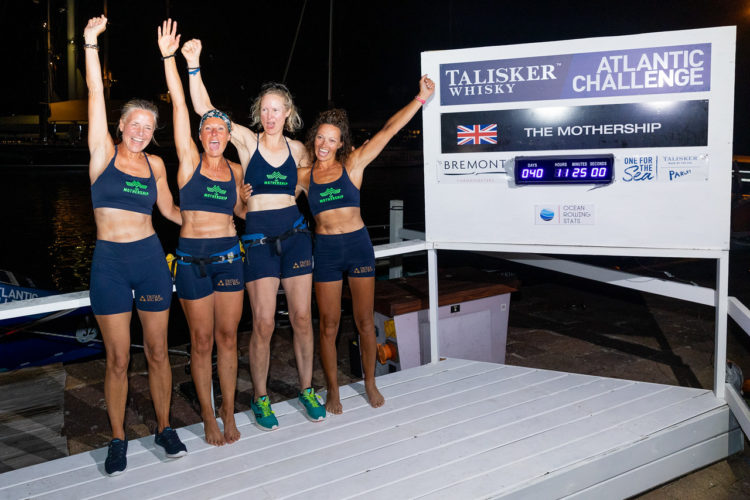