Louie Stowell (1997, English) has published a new children’s book, Loki: A Bad God’s Guide to Being Good, which reimagines the Norse God Loki as a weedy eleven-year-old boy who has been trapped on Earth after playing one too many pranks. He is forced to keep track of his moral improvement in a magical diary where he must tell the truth before he can return to Asgard and get his godly powers back.

The book was partly inspired by Louie’s time at Exeter, where she studied Old English under Helen Spencer (Emeritus Fellow in English). Louie commented: ‘My love of Old English at Exeter led me back to the Norse tales I loved as a child’ and joked that ‘part of the blame for Loki lies on [Helen Spencer’s] shoulders’.

Louie has published many children’s books, including The Dragon in the Library (2019), The Monster in the Lake (2020), The Wizard in the Wood (2021) and Otherland (2021), which was inspired by a lecture during her time at Oxford from Diane Purkiss, Fellow at Keble College.

Louie also worked as a publisher at Ladybird until she started writing full-time, and wrote books for children on space, science and Ancient Egypt before she ‘eventually lapsed into just making stuff up’.

Loki: A Bad God’s Guide to Being Good is published by Walker on 3 February 2022. 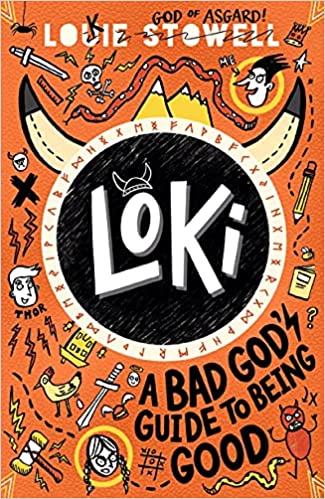