Omar Sabbagh once again raises the bar of what can be achieved in poetry in his new collection, Morning Lit: Portals after Alia. It is an exploration of what it means to love and a deep philosophical reflection on what fatherhood means and how it shifts our perspective on all relationships.

The collection features a poem inspired by Sabbagh’s time at Exeter, following a conversation with a member of the College Development and Alumni Relations team in September 2021, which transported him back to his time at Exeter at the turn of the millennium. Twenty Years In The Making is a juxtaposition of Sabbagh as he was then and as he is now. It is a raw and heartfelt depiction of the desires, hopes and fears that affected him during his university years.

Sabbagh, who studied PPE at Exeter College Oxford before completing masters in English Literature and Creative and Life Writing at King’s College London and Goldsmiths respectively, is highly successful. Morning Lit: Portals after Alia is one of several collections which Sabbagh has published, including But It Was an Important Failure (2020) and To the Middle of Love (2017). His work has also appeared in Poetry Review, Poetry Wales, The London Magazine, Lighthouse, and Envoi, amongst others.

Three poems from Morning Lit: Portals after Alia feature in The Best Asian Poetry 2021, edited by Sudeep Sen. Their selection for this anthology reflects the power and magic of the collection.

Morning Lit: Portals after Alia will be published by Cinnamon Press and is due out in March 2022. It is available for pre-order here. 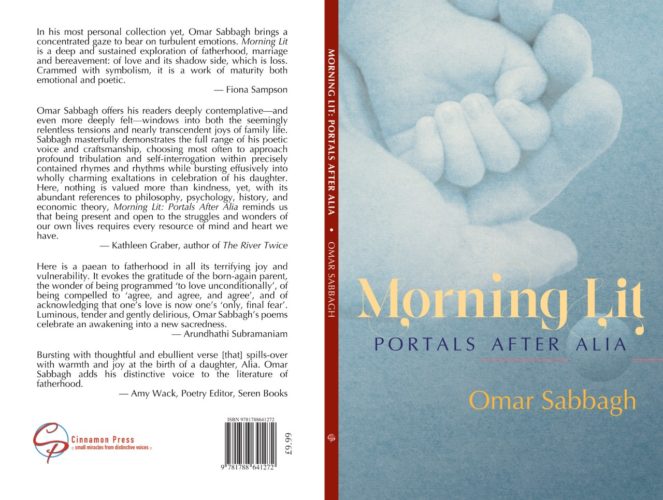