Fanon’s work is most often approached through the lens of philosophy, psychiatry, and politics. As such, Professor Hiddleston’s rigorous examination of Fanon’s engagement with literature in his writings offers a novel take on his work, and an analysis at how literary texts repeatedly serve as springboards and interlocutors for Fanon’s own, interdisciplinary reflections on racism, colonialism, and revolution.

Professor Hiddleston provides detailed readings of Fanon’s often eclectic and wayward readings of literary works in order to uncover both his mixed responses to them and his evolving understanding of literarity. In so doing, she examines his vision for the transformative power of literature and its capacity for a dynamic, revolutionary form of ‘invention’, while analysing how far this vision is played out in works he read or that complement his thought.

Frantz Fanon: Literature and Invention was published by Legenda in August 2022 and is available for purchase here. 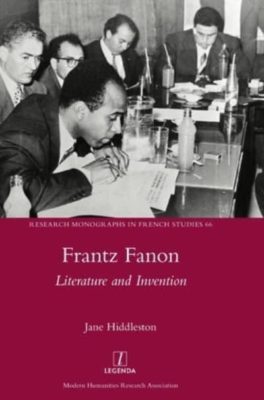