The 2022 New Year Honours List saw alumnus Richard Meddings be appointed Commander of the Order of the British Empire (CBE) for his services to the Financial Sector. The appointment is a tribute to his work as Chairman of TSB Banks from 2018 to 2021, as well as 30 years of executive experience in retail, business and investment banking.

After graduating from Exeter College with a degree in Modern History, Meddings trained as a chartered accountant with PricewaterhouseCoopers (PwC). He was an Executive Board Director at Standard Chartered from 2002 to 2014 and served as Group Finance Director between 2006 and 2014. He then worked as a Non-Executive Director of Legal and General, Jardine Lloyd Thompson Group and Deutsche Bank.

Meddings is currently Chair of the Group Audit Committee and the Risk Committee at Credit Suisse and Chairperson of the Hastings Educational Opportunity Area. He is also a board member of Teach First and HM Treasury, where he chairs the Audit Committee.

Exeter College sends their warmest congratulations to Richard Meddings for his achievements and the recognition of his services in the New Year Honours. 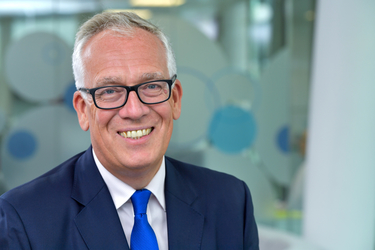