Interested in the relationship between health, the body and capitalism in modern and contemporary Britain, Steffan Blayney’s most recent publication looks at the impact of the ‘science of work’ on workers between 1870 and 1939. Health and Efficiency: Fatigue, the Science of Work, and the Making of the Working-Class Body explores the wide-reaching consequences that the emergence of a science of human labour had on the body of the industrial worker, as well as the medical and scientific understandings of the human body. It is not simply about whether the ‘science of work’ improved or worsened the health of workers, but the ways in which it remade the very concept of ‘health.’

Blayney’s book destabilises historical and modern assumptions regarding health, arguing that the way we view our bodies and the norms by which we judge health are inherently political. With an aim to decentre and destabilise, Blayney opens up illuminating new avenues to think about health ‘outside of the confines of an individualised and commodified capitalist economic rationality.’

James F Stark, author of The Cult of Youth: Anti-Ageing in Modern Britain, described the book as ‘A well-researched, highly readable account of an important social, economic, and scientific development in Britain during a period of industrial and global political change.’ He adds, ‘Health and Efficiency will interest historians of modern Britain as well as historians of science, technology, and medicine.’

Health and Efficiency: Fatigue, the Science of Work, and the Making of the Working-Class Body is available online. 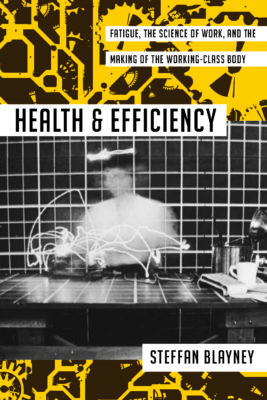