History of the Library

There has been a library at Exeter since the earliest days of the college, from straw-roofed rooms in the 1300s, to a 17th century library in the former chapel, to a dainty ‘greenhouse’ of a building in 1778.

The present College Library was built in Gothic-Revival style in 1857 by George Gilbert Scott. 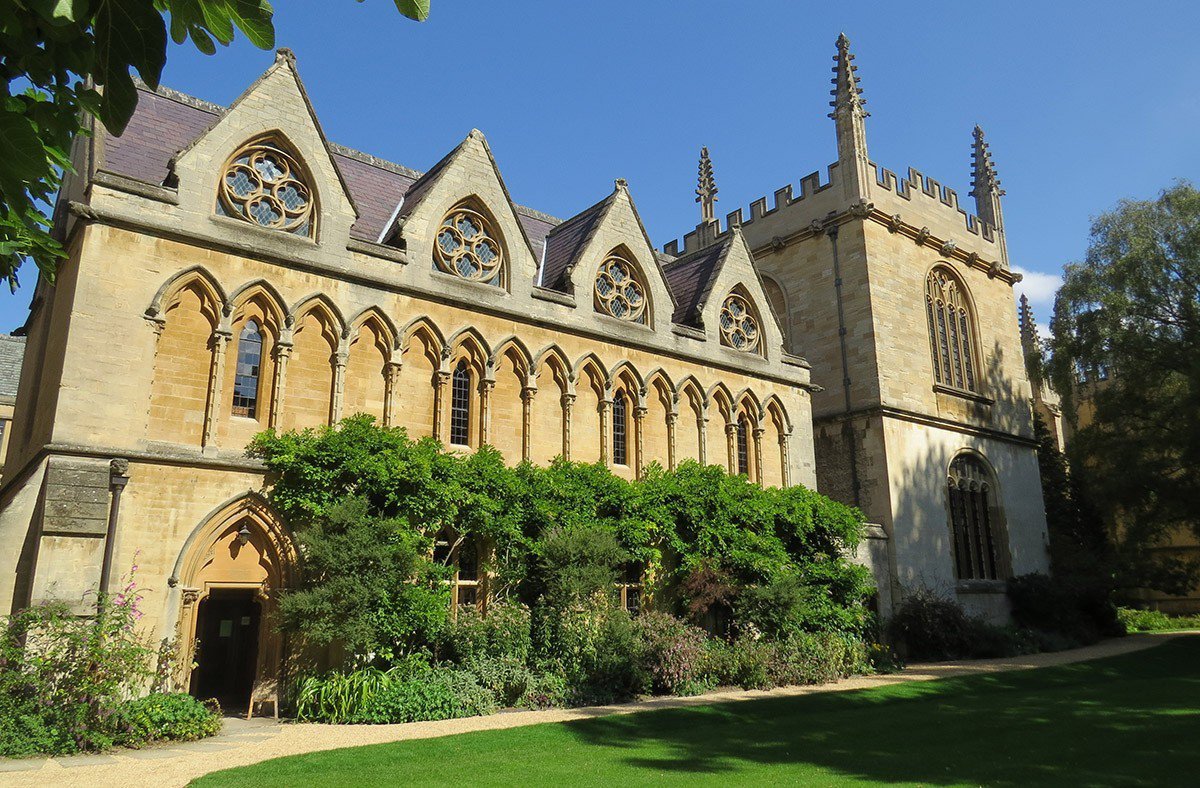 Scott’s library has been called:

‘a masterly composition, taut with fenestration and carved detail. The blind arcade on the upper floor articulates a blank wall (where inside there are purpose-designed bookcases) and the clerestory of quatrefoil windows, each set into its own gable, admits diffuse light to the upper reading room. This a clever, complex design’